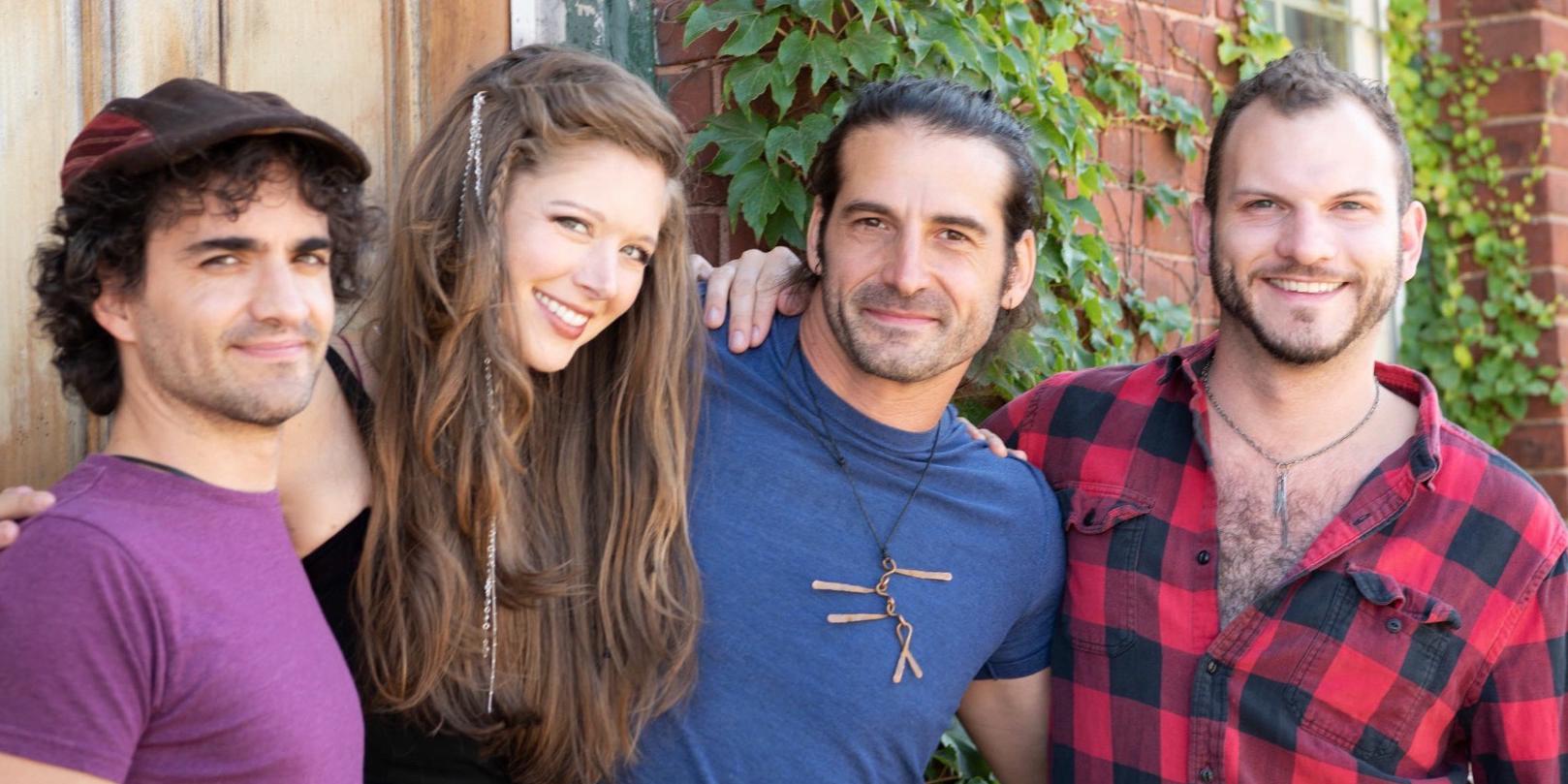 “Not since Springsteen and Bono have I seen a lead singer with his talent and charisma.” – Jack Casey, General Manager WERS radio in Boston

Talk to any Adam Ezra Group fan around the country and they’ll tell you that each AEG performance is a one-of-a-kind, community-driven experience, propelled by the spirit of the people in front of the stage. For both fans and band members alike, an AEG concert is a rally to live life with intensity and soak in the moments we share with one another.

Hailing from Boston, AEG’s unconventional approach to the music world has allowed them to surge beyond their beloved hometown and emerge as one of the most uniquely powerful, underground live music experiences in the country. While Ezra has played with an array of musicians over the years, his current line-up featuring Corinna Smith on fiddle, Alex Martin on drums, and Poche Ponce on bass has been creating a new buzz around the country, as evidenced by their mind numbing tour schedule, ballooning tickets sales, and opening features with The Wallflowers, Galactic, John Oates, The Wailers, Southside Johnny, Graham Parker, and America.

Not believing in set lists, every AEG show provides new and unique concert experiences that the band has been recording in real time and sharing with fans on thumbs drives as part of their “Live Sound Project” every night. Go to any Adam Ezra show, solo or with the group, and you will not only find fans who have traveled vast distances to be there, but also doubtless a fair number of rabid followers accumulating as many AEG shows as possible throughout the year.

The fall of 2019 had AEG on more headlining tours supporting their 19th & 20th album releases and the latest in a series of enhanced, remixed, live albums, aptly named “Better Than Bootleg Vol 3″(Aug 24, 2019) and “Better Than Bootleg Vol 4” (Dec 27, 2019). The musicians who make up Adam Ezra Group are all believers in the power of real-time connection with their audience, explaining their non-stop touring schedule throughout the year.

The start of 2020 has Adam Ezra out on the road on his annual “Get Folked Tour.” This tour has Ezra spending the first two months of the year playing in a different living room every night. With over 60 shows scheduled, these concerts are a chance to hear unreleased songs & the stories behind the fan favorites, as well as get up-close and personal with Ezra. The band will hit the road again in March, with tour dates across the country.